America is great because of slavery

Not saying it’s great we had slavery, but that slavery helped make our economy the greatest in the world. Let’s just say it.

You might think that American ingenuity made us great. Or capitalism. Individualism. Entrepreneurship. Sure, those contributed. And many other things too. Yet during black history month – all the time actually – let’s remember that slavery also made us great. Millions of slaves picked cotton and worked fields to grow American wealth. I believe we are still coasting on that momentum today and we owe a reverent debt of gratitude to the black people who came before us and paved the way for our prosperity.

Did you know that over 30,000 ships came to the Americas with slaves as cargo? Did you know that the United States had nearly 4 million slaves at the time of the Civil War? That’s a lot of free labor.

This graphic depicts a simple four-fact history of how black people contributed to the US economy, and how they have been deprived of it opportunities. 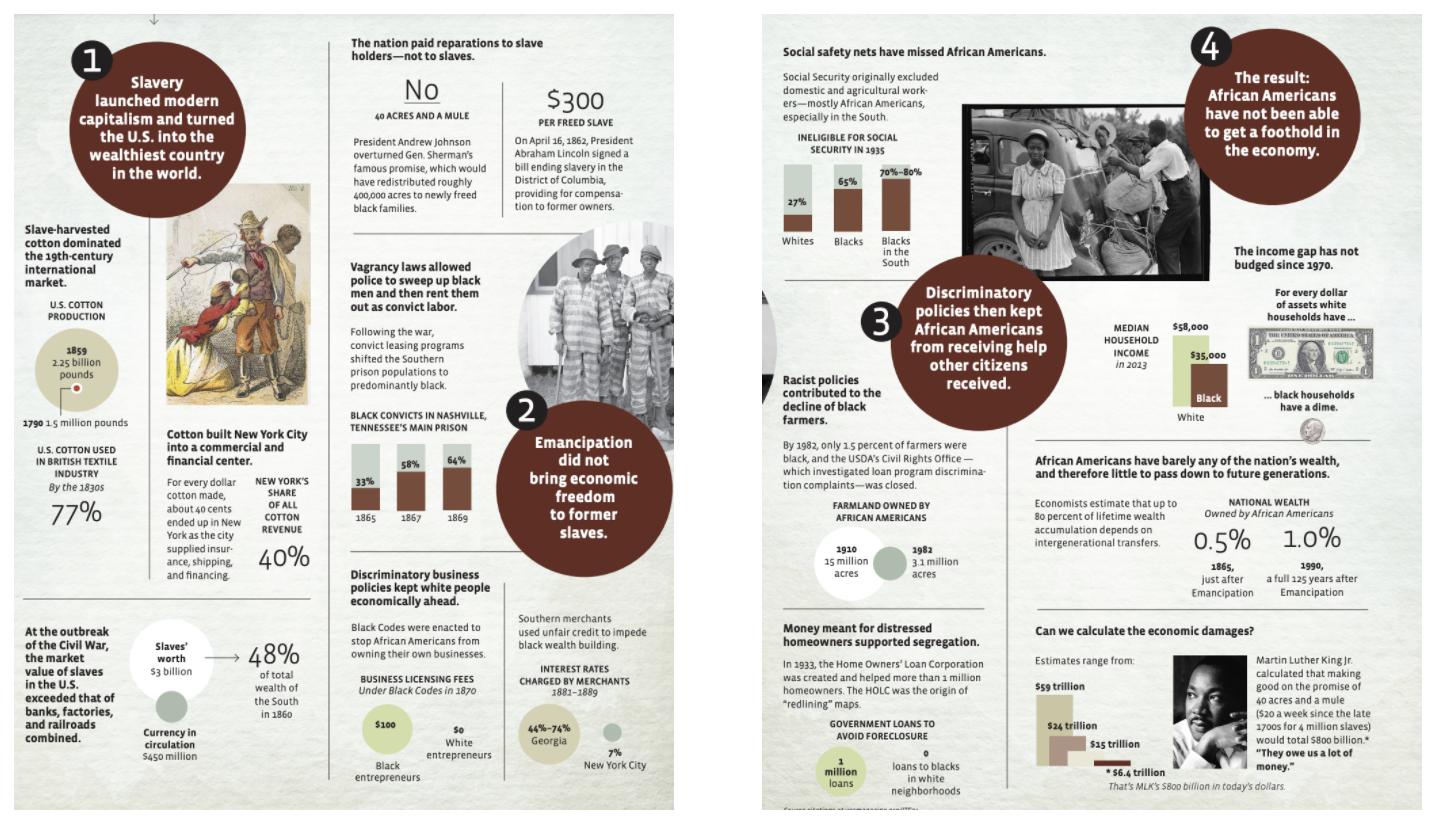 When I worked at the Maine Development Foundation many years ago I was asked to research economies of other states and the world and try to find correlates to economic growth; that we might uncover some secret to apply here in Maine. What I found is that economic growth is often correlated with wealth disparity. The bigger the difference between the rich and the poor, the more likely it is that the economy will grow.

Rather than overall economic output, for me the measure of greatness is creativity, sustainability, and overall happiness. Those things are way more important to me than material wealth. I am usually hired by groups not to help them get richer but to get happier. Bosses want their people to get along better and love their jobs more. You might be rich but are you happy? That’s what I think matters most: people’s happiness.*

We could ask this of America today: “America, you seem rich but are you happy?” I’m afraid of the answer.

For me, I love the Mahatma Ghandi quote: “A nation’s greatness is measured by how it treats its weakest members.” I think this applies to all groups.

* Easy for me to say because I have money. I am privileged. I’m simply naming that for a person who does not have money and you ask, “What’s more important, money or happiness?” they might answer differently than me.

6 thoughts on “America is great because of slavery”

Our Congress is currently debating HR 1, For the People Act. Advocates say the bill is the most consequential piece of voting legislation since the Voting Rights Act of 1965. I’m all for it. In my opinion it will strengthen our democracy in critical ways. It will help us get along with each other better, …read more