In Alphabetical Order    By Category    By Most Recent    Expanded 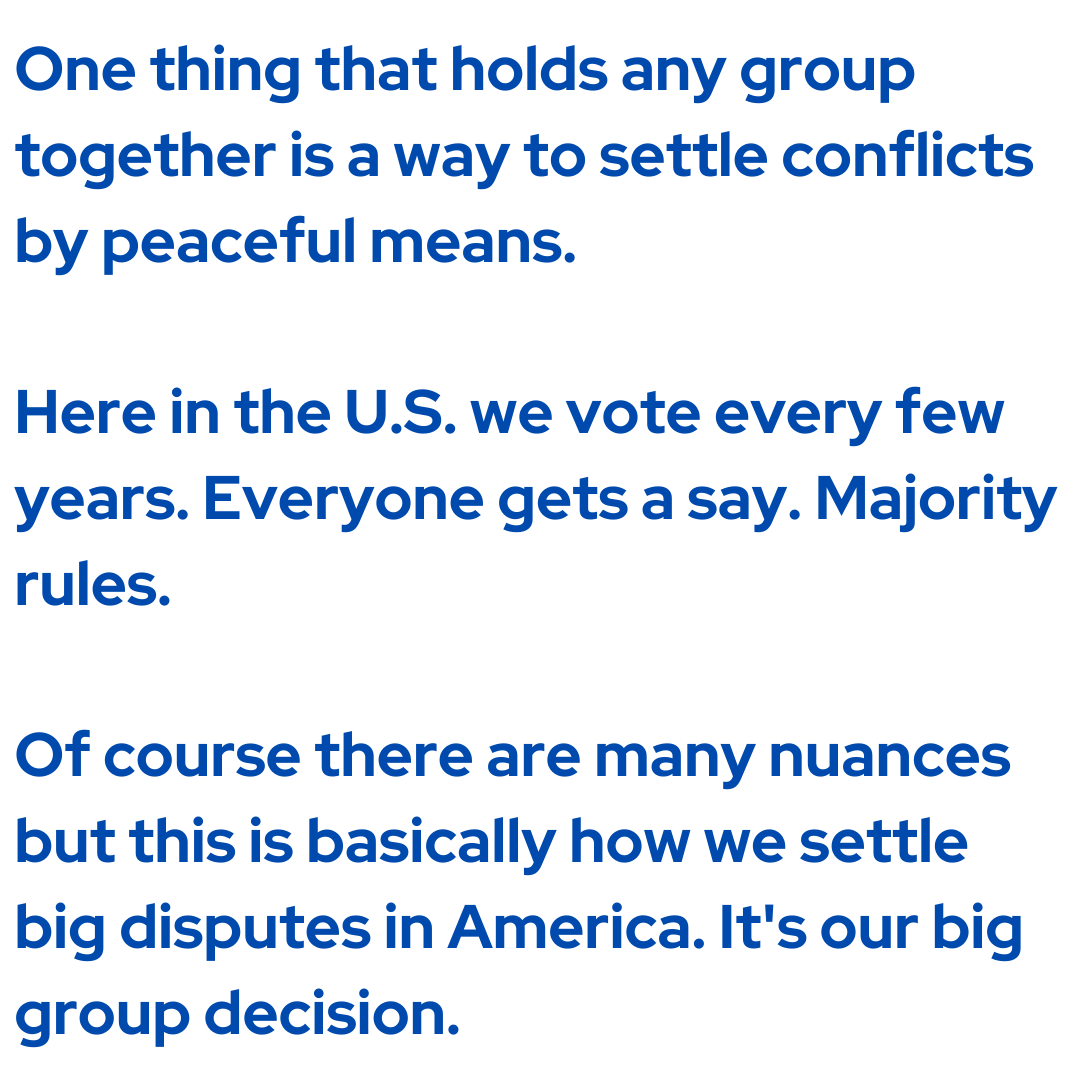 Why be civil to Trump and his supporters?

That’s what an anti-Trump person asked me. He wrote, “Donald Trump is doing all in his power to divide our society and destroy our democracy and our nation.” He drew analogies to Hitler, Mussolini, and our own General Lee and the Confederates. “We weren’t civil to those people.” He argued. “Nor should we have been!”

Liberals should be civil to President Trump and his supporters because it’s your best shot at de-escalating conflict. We are not at war yet and until we are, the best chance we have to prevent war is by talking with each other. If you are not civil to your adversary, they won’t come to the table to talk. Conflict will escalate.

Being AT war is a different matter. The objective becomes not to prevent, but to win. And at that point you’ve got nothing to lose if you abandon civility. Win any way you can.

You might already have crossed over and see yourself as at war with the other side. If that’s the case this advice is not for you. But if you’re not there yet, show some respect to people on the other side. They have feelings and fears and dreams just like you. And even if it’s hard for moral reasons, show respect for practical reasons. It’s your best chance to avoid war.

In principle, consensus among the whole group is worth the effort when decisions are intended to transcend generations. Consensus is achieved when every member of the group understands and consents to the same thing. It is much more arduous to make consensus decisions than it is to make majority-rule decisions or executive decisions. However, because they achieve full understanding and consent among all members, consensus decisions are much more likely to last. When there is real consensus about a decision there is no disgruntled minority working to change it later.

For a board of directors deciding its mission, values, or high-level policies — things intended to endure for future generations of board members — taking the time to develop consensus among all members is worth the effort. For deciding what the board will have for lunch — a decision that lasts only through dessert — consensus is not worth the effort.

Practical Tip: For every decision, consider how long it’s expected to last and choose an appropriate decision-making method. Be deliberate about using consensus for some things, majority vote for other things, and delegate the short-order things to individuals. We let individuals make short-term decisions on behalf of the members because we trust they will be in keeping with long-term decisions decided by consensus of all the members.

“So often in life, things that you regard as an impediment turn out to be great, good fortune.” Ruth Bader Ginsburg said that, Supreme Court Justice. “You don’t know what’s best for you.” Rick said that, guy I once knew trying to teach me something. Here’s me in my head: “I know what that person …read more